TAXA Outdoors: Tiger Moth vs Woolly Bear | Which One?

If you’re expecting a live match up between a Tiger Moth and Woolly Bear… this blog post will be a slight let down. But, if you’re here to find out what the process was behind my decision to select a TAXA Outdoors habitat vs another trailer manufacturer… then you’ve come to the right place. First of all, let’s set things straight – the camper market is full of options that fill every possible need or gap that you can think of. So the decision boils down to functionality and aesthetics. I broke down the key components that were important to me when I’m outdoors:

WHAT DO I NEED?

Now that I’ve listed down the important components for my setup… it’s time to narrow down the selection. I scoured Youtube and the internet for all things camper/trailer related. I started with a classic and iconic brand in Airstream. They have the Basecamp and Nest models. Both have room to sleep up to two people, but I already have an iKamper Skycamp 2.0 that sleeps up to 4 on my rooftop! Plus, I didn’t want to have the hassle of needing to find a place to store this unit and/or deal with plumbing (grey water, black water, etc). So my next option was to look for an adventure trailer… this option removed the need to have a built in sleeping option, but rather was more of a utility trailer that could also fit a roof top tent and other items to store away so you don’t have to pack your vehicle with you camp gear.

The HIVE Camper feature two models: EX and CX. The later is their version of the adventure trailer which can hall gear and has slide outs for kitchen and storage areas. HIVE Camper was a front runner for me early on because they collaborated with VW as part of their Basecamp concept. The utilitarian design of the HIVE’s EX model caught my eye and I was sold. But, as I waited to save up some cash flow to make the purchase… other manufacturers hit my radar.

Black Series combines the best of both worlds… a pop up tent built into a trailer chassis. The concept is solid and it’s a brand from Australia which means it can take it and dish it out as well. But, one thing that I found concerning with this brand and others that are imported into the US is that the quality of the unit is unquestionable, but the quality of the dealerships is what is important. If there is an issue with your trailer… it is your dealer that will need to address it. Since this company is not based in the US… I took a pass on this trailer.

Patriot Campers is another Australian brand that has arrived in the US. Similar to the Black Series Camper option… Patriot is a rugged and tested camper born from the outback of Australia. There are a slew of options and colorways so picking the right one won’t be difficult. They are well appointed… high quality and can also fit in your garage (certain models). So why did not I select this camper? The reason is partly beacuse of the cost… you’re paying for the bulletproof, tank-like exterior of the unit along with the versatility of the living space that each unit offers. There is literally something for everyone with Patriot Campers. Since this economically didn’t make sense to me… I continued my search for the perfect trailer.

One day I was running through the normal Youtube feeds showcasing the top 10 trailer designs… and this futuristic, modular looking, NASA inspired trailer showed up. It was the TAXA Cricket (the Anti RV) which didn’t strike my fancy at first sight, but it did make me want to lookup the manufacturer. Based out of Houston, TX and founded by a former NASA designer (Garrett Finney) TAXA Outdoors connected with me.

This company was created because Garrett couldn’t find a camp trailer that addressed his needs when he went camping with his family. So he set out to build a camper with the explicit knowledge that he wanted to create a living space that improved his camping experience and also utilized his background as a designer for the International Space Station. His story and his company were nearly identical to why I began Overland OC… yes, I understand it’s a stretch to compare my need to create and share my overland experience with others vs Garrett’s ability to put pen to paper and build out a mobile camping space station (Firefly Prototype)… but you get the idea. He had a need that wasn’t being filled and created a solution.

As I researched more into TAXA Outdoors I really liked two of their habitat models: The Tiger Moth and The Woolly Bear. Both fit inside of my garage for storage. They each had a slide out kitchen and offered an on-board battery. The Tiger Moth could accommodate sleeping for two plus a roof top tent and the Woolly Bear didn’t have a dedicated sleeping option, but what it lacked in shelter it made up for in versatility of space. The Woolly Bear excelled in the ability to create multiple spaces to house your gear and haul your toys plus still had room for a roof top tent and awning system. The Woolly Bear is built on a solid steel frame that’s power coated for durability and everywhere around the trailer is a step that’s solid enough to hold your weight allowing you to tie down, put up or bring down your gear load out.

The Woolly Bear’s ability to carry multiple items both big and small appealed to my need to unclutter the modular system that I had created for my VW Atlas on camping adventures. The simplicity of the Woolly Bear is what makes it so attractive to me. It’s not as overly built out like the Patriot Campers who can billy goat their way through any trail, but it’s capable enough to handle my needs. There are small attentions to detail that make me feel like this is my do everything kinda trailer. It has interior LED lighting for all the storage areas including the full size kitchen area. There is additional LED lighting below the trailer to light up the ground at camp during night. Tie down areas are located all over the trailer to mount or hang gear on the platforms that you can step on or the main deck platform that’s stable enough to stand on to get a higher vantage point when bird watching or concert viewing. The risers… which Garrett constantly calls the bridge, are two pillars that provide an elevation point to place a roof top tent on the Woolly Bear or to put another platform for more storage and versatility. The trailer even comes with it’s own trailer hitch that can carry up to 4 bicycles! The Woolly Bear creates a basecamp that is at home outdoors. You’re not trying to bring the indoors outside, but I’m trying to enjoy nature and fit into it without altering that experience of fresh air, cold mist, warm sunlight and any other metaphor you can think of. The materials that TAXA Outdoors has selected ensure that this piece of gear will create a bunch of memories for a long period of time. From aluminum and steel structural panels to birch plywood inside your kitchen area. The Woolly Bear is truly what TAXA calls it… “The Go Anywhere Trailer.” New for 2020 the slide out which housed a cooler can now power an electric cooler such as the Dometic or Truma Cooler using the on board 12v battery. It really is an amazing system and I can’t wait till I pick mine up later this month!

OUT IS IN | THE WOOLLY BEAR

I have so many ideas on how I will be using this new platform. Between camping, overlanding and using it at my events… this is only the beginning. As I continue on this journey and build the Overland OC brand — I will be incorporating my experiences and relationships with vendors and manufacturers to produce unique events that will bring us together whenever we’re outdoors! 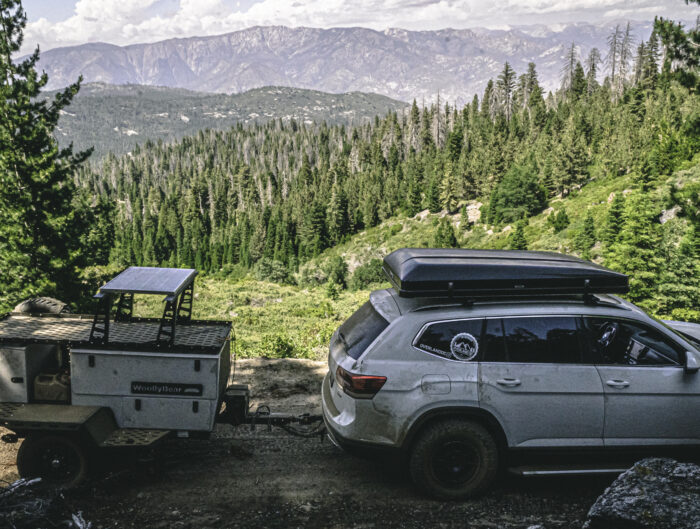 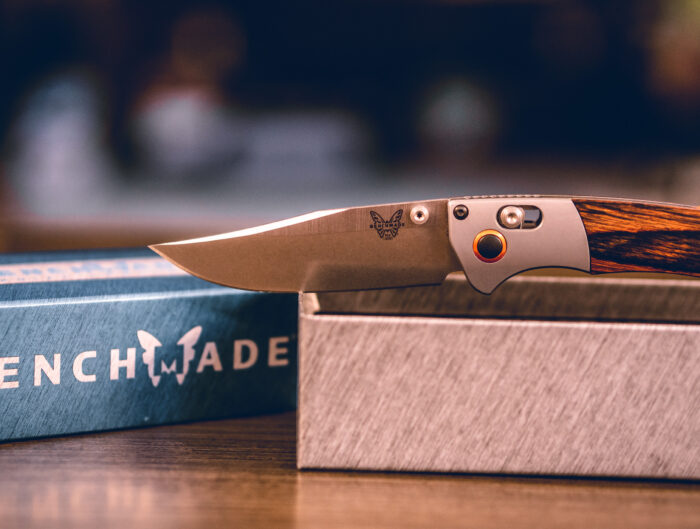